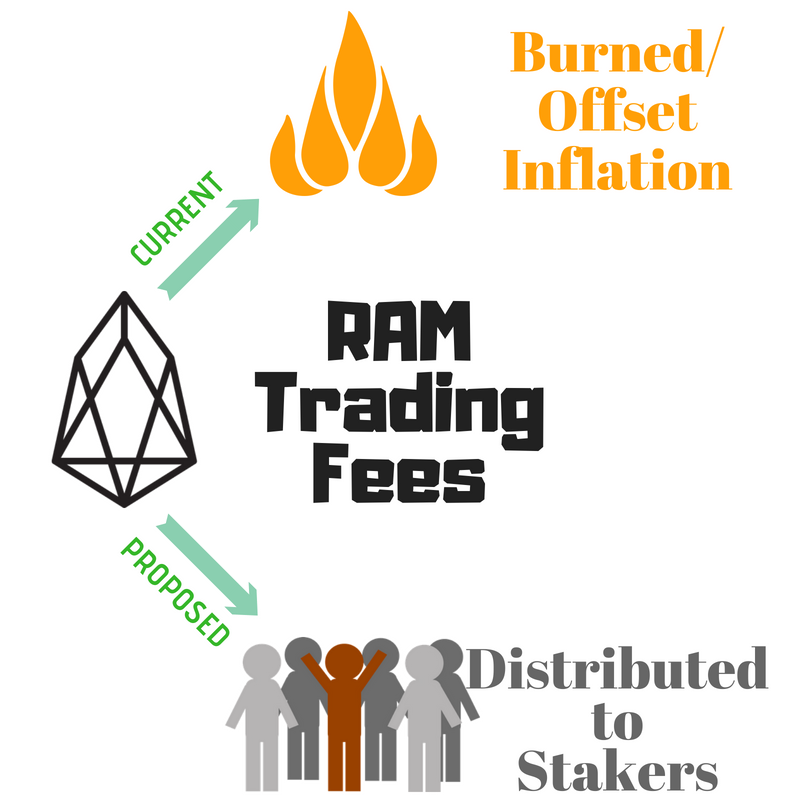 “There is already 1.5 million eos tokens made from a 1 month RAM trading fees. Over a year that would increase considerably. Under the current system eos tokens earned through RAM trading fees are taken out of circulation and offset against the 5% rate of inflation. The current system divides the value between everyone regardless of wheter you are been officially contributing towards EOS in positive way or not. However redistributed these RAM trading fee tokens instead of burning them to those EOS tokens who have staked would allocate this value to them only.

So this is what Dan Larimer himself has had to say about this proposal (quote): Currently voting has a cost. Time and reasearch cost. I want to lower it to zero by ofsetting cost with rewards redistribution of network income to staked token holders has a much perceived value than burning them. It will lower RAM costs by creating opportunity cost.” From https://www.reddit.com/r/eos/comments/90qo2a/a_new_opportunity_for_eos_holders_ram_income_for/